May 1, 2013 — (BRONX, NY) — While the search continues for the Fountain of Youth, researchers may have found the body’s “fountain of aging”: the brain region known as the hypothalamus. For the first time, scientists at Albert Einstein College of Medicine of Yeshiva University report that the hypothalamus of mice controls aging throughout the body. Their discovery of a specific age-related signaling pathway opens up new strategies for combating diseases of old age and extending lifespan. The paper was published today in the online edition of Nature. 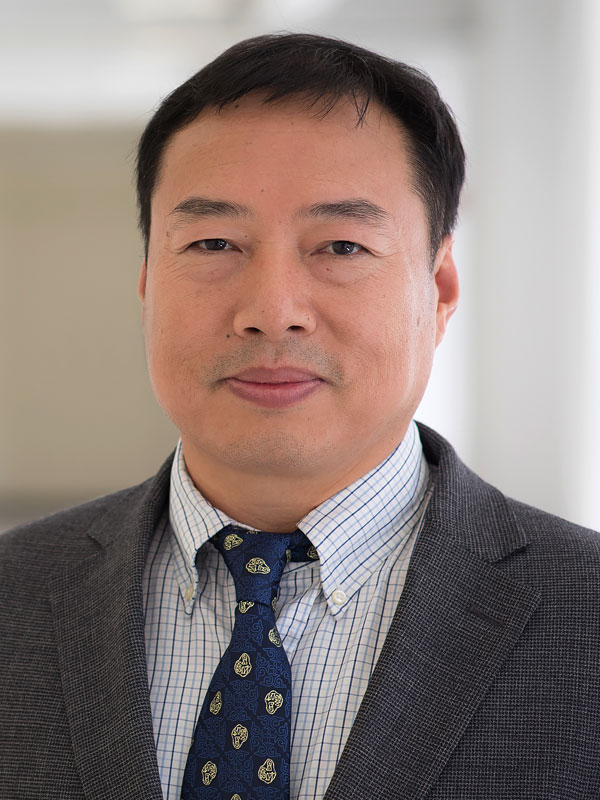 Dongsheng Cai, M.D., Ph.D.“Scientists have long wondered whether aging occurs independently in the body’s various tissues or if it could be actively regulated by an organ in the body,” said senior author Dongsheng Cai, M.D., Ph.D., professor of molecular pharmacology at Einstein. “It’s clear from our study that many aspects of aging are controlled by the hypothalamus. What’s exciting is that it’s possible — at least in mice — to alter signaling within the hypothalamus to slow down the aging process and increase longevity.”

The hypothalamus, an almond-sized structure located deep within the brain, is known to have fundamental roles in growth, development, reproduction, and metabolism. Dr. Cai suspected that the hypothalamus might also play a key role in aging through the influence it exerts throughout the body.

“As people age,” he said, “you can detect inflammatory changes in various tissues. Inflammation is also involved in various age-related diseases, such as metabolic syndrome, cardiovascular disease, neurological disease and many types of cancer.” Over the past several years, Dr. Cai and his research colleagues showed that inflammatory changes in the hypothalamus can give rise to various components of metabolic syndrome (a combination of health problems that can lead to heart disease and diabetes).

To find out how the hypothalamus might affect aging, Dr. Cai decided to study hypothalamic inflammation by focusing on a protein complex called NF-κB (nuclear factor kappa-light-chain-enhancer of activated B cells). “Inflammation involves hundreds of molecules, and NF-κB sits right at the center of that regulatory map,” he said.

In the current study, Dr. Cai and his team demonstrated that activating the NF-κB pathway in the hypothalamus of mice significantly accelerated the development of aging, as shown by various physiological, cognitive, and behavioral tests. “The mice showed a decrease in muscle strength and size, in skin thickness, and in their ability to learn — all indicators of aging. Activating this pathway promoted systemic aging that shortened the lifespan,” he said.

Conversely, Dr. Cai and his group found that blocking the NF-κB pathway in the hypothalamus of mouse brains slowed aging and increased median longevity by about 20 percent, compared to controls.

“It’s clear from our study that many aspects of aging are controlled by the hypothalamus. What’s exciting is that it’s possible — at least in mice — to alter signaling within the hypothalamus to slow down the aging process and increase longevity."

The researchers also found that activating the NF-κB pathway in the hypothalamus caused declines in levels of gonadotropin-releasing hormone (GnRH), which is synthesized in the hypothalamus. Release of GnRH into the blood is usually associated with reproduction. Suspecting that reduced release of GnRH from the brain might contribute to whole-body aging, the researchers injected the hormone into a hypothalamic ventricle (chamber) of aged mice and made the striking observation that the hormone injections protected them from the impaired neurogenesis (the creation of new neurons in the brain) associated with aging. When aged mice received daily GnRH injections for a prolonged period, this therapy exerted benefits that included the slowing of age-related cognitive decline, probably the result of neurogenesis.

According to Dr. Cai, preventing the hypothalamus from causing inflammation and increasing neurogenesis via GnRH therapy are two potential strategies for increasing lifespan and treating age-related diseases. This technology is available for licensing.

The authors report that they have no conflicts of interest.