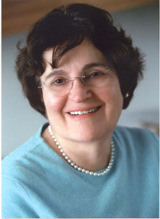 Susan Band Horwitz, Ph.D.Dr. Horwitz, who is also the associate director for experimental therapeutics at the Albert Einstein Cancer Center, is being honored for her pioneering research that established the mechanism of action of the cancer chemotherapeutic drug Taxol, also known as paclitaxel, which prompted the development of this drug as an important therapy for many common solid tumors.  Taxol has been used by more than one million patients worldwide to treat cancers of the ovary, breast and lung.

“Dr. Horwitz has had a direct impact on millions of cancer patients around the world through her work in understanding the mechanisms of action of paclitaxel and other cytotoxic drugs,” said Margaret Foti, Ph.D., M.D. (h.c.), chief executive officer of the AACR. “Her remarkable career and pivotal scientific contributions have influenced our understanding of how cancer drugs work and how to translate that knowledge into improved strategic treatments.”

“This award has great meaning for me because it results from a decision made by my peers,” said Dr. Horwitz. “This honor recognizes my laboratory and all of the students, fellows and visiting scientists, who have contributed so much to my research program.”

Dr. Horwitz began investigating Taxol in 1977, after its isolation from the bark of the Pacific yew tree, Taxus brevifolia,by two medicinal chemists, working with the National Cancer Institute (NCI).  Within months of receiving samples from the NCI, she and her then graduate student, Peter Schiff, had discovered Taxol’s mechanism of action. Some anti-cancer drugs kill cancer cells by disassembling microtubules, filament-like structures that play a key role in cell division. But as Dr. Horwitz found, Taxol works in a completely different manner. Instead, the molecule sends cells into overdrive, churning out extra microtubules that clog up the cells. Taxol freezes the microtubules into bundles, preventing them from disassembling. As a result, cancer cells have no way to divide and they soon collapse and die.

These pioneering studies led to clinical trials of the drug in the mid-1980s. Taxol is now involved in first line treatment of a number of cancers.

Dr. Horwitz has had a continuing interest in natural products as a source of new drugs for the treatment of cancer. Her research has led to an understanding of the mechanisms of action and of resistance to taxanes, a class of anti-tumor drugs.

“Dr. Horwitz has had a direct impact on millions of cancer patients around the world through her work…”

Dr. Horwitz is a member of the American Academy of Arts and Sciences, National Academy of Sciences and the Institute of Medicine.  She is a fellow of the National Foundation for Cancer Research and The American Society of Pharmacognosy and served as president of the AACR from 2002-2003. She was a key figure in the external advisory group that evaluated and recommended sweeping changes in the NCI's drug screening and drug development systems. Dr. Horwitz has launched countless careers from her own laboratory and inspired innumerable others to embrace questions that change the way scientists think about fundamental aspects of cell biology.

The AACR Award for Lifetime Achievement in Cancer Research was established in 2004 to honor an individual who has made significant fundamental contributions to cancer research, either through a single scientific discovery or a body of work. These contributions, whether they have been in research, leadership or mentorship, must have had a lasting impact on the cancer field and must have demonstrated a lifetime commitment to progress against cancer.

Dr. Horwitz will receive the Eighth AACR Award for Lifetime Achievement in Cancer Research at the opening ceremony of the AACR 102nd Annual Meeting on April 3, 2011 in Orlando, Florida.

Einstein On: Cancer, An Interview with Drs. Susan Band Horwitz and Mina Bissell