July 23, 2010 — (BRONX, NY) — The National Cancer Institute has awarded Albert Einstein College of Medicine of Yeshiva University $4.1 million to test the microbicide Carraguard® against the human papillomavirus (HPV), which causes cervical cancer. The research will evaluate the efficacy of Carraguard® – a clear gel made from the seaweed derivative carrageenan – in preventing new HPV infections in women. 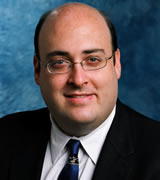 Virtually all cases of cervical cancer are caused by persistent infections with several types of HPV, the most commonly sexually transmitted infection in young adults. Thanks to effective cancer screening, only a small subset of these infections progress to cervical cancer in the developed world. But according to the World Health Organization, cervical cancer is the second-leading cause of female cancer deaths worldwide, accounting for more than 250,000 deaths each year. More than 85 percent of these cases occur in developing countries.

Despite significant advances in the fight against HPV – in particular, effective vaccines that were recently developed – many women are not reaping the benefits. HPV vaccines do not provide adequate protection for women already infected with HPV and are too expensive for most women in developing countries. In addition, condoms are not always effective at preventing infection. A safe, reliable and inexpensive microbicide could protect women around the world from HPV infection and its potentially deadly consequences.

“This grant reflects our goal of pursuing innovative strategies to tackle the problem of HPV and other sexually transmitted infections,” said Mark Einstein, M.D., M.S., lead investigator and associate professor of obstetrics & gynecology and women’s health and of epidemiology & population health. “If the trial is successful, it will yield a product that empowers women to protect themselves, since they can personally control how it is used.”

This study is built upon previous studies of Carraguard®. While a recent phase 3 trial using the product did not demonstrate effectiveness against HIV, it was shown to be safe. Recent laboratory tests indicate that carrageenan, the active ingredient in Carraguard®, is about 1000 times more effective against HPV than against HIV.

Dr. Einstein’s study will be a combined clinical trial and translational research project. Two hundred women will be assigned to use either Carraguard® or a placebo gel. At the end of one year, the participants will be examined to determine if Carraguard® was protective against acquiring HPV infections. In addition, assays will be done in the lab to assess the compound’s activity and to develop a predictive test for efficacy.

Dr. Einstein will be collaborating with other Einstein scientists on the research, including Betsy Herold, M.D., professor of pediatrics, of microbiology & immunology, and of obstetrics & gynecology and women’s health. Laboratory tests used in this study were developed by Dr. Herold to evaluate HIV microbicides. Efforts by her lab will include taking samples to look for any sign that the gel alters the body’s natural defenses against the virus. If so, that would point to potential problems with efficacy and safety in clinical use.

“This trial is really taking the microbicide field in an exciting new direction,” said Dr. Herold. “The potential for an effective microbicide agent against HPV could have an enormous impact on public health in the U.S. and around the globe, especially in populations where infection rates are high.”

"This grant reflects our goal of pursuing innovative strategies to tackle the problem of HPV and other sexually transmitted infections."

-- Mark Einstein, M.D., M.S.Drs. Herold and Einstein have been working closely with Marla Keller, M.D., associate professor of medicine and of obstetrics & gynecology and women’s health, another prominent investigator in this study and microbicide clinical trials expert.

Robert Burk, M.D., vice chair for translational research and professor of pediatrics, and professor of microbiology & immunology, of obstetrics & gynecology and women’s health, and of epidemiology & population health, will also play a prominent role in the study.

Dr. Burk, an expert on detecting and characterizing HPV in clinical samples, will use sophisticated tests to detect whether women acquire new HPV infections during the course of the study. In addition, his lab will test samples taken from participants at different times after Carraguard® or the placebo gel is applied. By combining the samples with HPV, his lab will determine if the drug in the sample was able to inactivate HPV in an assay developed by John Schiller, Ph.D., a collaborator at the NCI.

“This trial will build on laboratory studies that showed that carrageenan is effective at reducing HPV infection in model systems,” said Dr. Burk. “If this trial is successful, it could lead to an effective combination microbicide that would protect against HPV and other sexually transmitted infections.”

The trial will be based at Einstein and involve multiple investigators from four different departments including medicine, obstetrics & gynecology and women’s health, epidemiology & population health, and pediatrics. Other Einstein researchers include Howard Strickler, M.D.; Bruce Rapkin, Ph.D.; and Xiaonan (Nan) Xue, Ph.D.

Montefiore Medical Center, The University Hospital and Academic Medical Center for Einstein, will also be a partner in the trial, along with the Population Council, based in Manhattan.