April 22, 2010 – (BRONX, NY) – Scientists at Albert Einstein College of Medicine of Yeshiva University have determined the crystal structures of two key fluorescent proteins – one blue, one red – used to “light up” molecules in cells.

That finding has allowed them to propose a chemical mechanism by which the red color in fluorescent proteins is formed from blue. With this information, the researchers now have the first roadmap for rationally designing new and differently colored fluorescent proteins to illuminate the structures and processes in living cells. Such colored probes could provide a window, for example, into how biological processes in normal cells differ from those in cancer cells. Their study appears in the April 23 print edition of Chemistry & Biology, a Cell Press publication.

This advance will expand the imaging revolution that began with a protein found in jellyfish. In 1992, researchers reported that the gene for green fluorescent protein (GFP) could be fused to any gene in a living cell. When the targeted gene is expressed, a “fusion protein” (consisting of the targeted gene’s protein plus GFP) is formed. This fusion protein exhibits bright green fluorescence when exposed to blue light.

Thanks to GFP, scientists had a green imaging probe offering unprecedented access to the internal workings of living cells. They were able to use high-resolution light (optical) microscopes to observe the activation of genes of interest and to quantify and track newly expressed proteins as they perform their functions in living cells. The 2008 Nobel Prize in Chemistry was awarded to three non-Einstein scientists for their GFP-related discoveries. 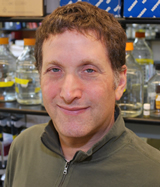 Steven C. Almo, Ph.D.“Knowing the molecular structures of the chromophores – the part of fluorescent protein molecules that gives them their color – we can now do hypothesis-based designing of new probes, instead of relying on random mutations,” says principal investigator Vladislav Verkhusha, Ph.D., associate professor of anatomy and structural biology and member of the Gruss Lipper Biophotonics Center at Einstein.

“In other words,” says Dr. Verkhusha, “if we now change this or that fluorescent protein molecule in a certain way, we can predict that the change will yield a new protein that has a particular fluorescent color or other property that we are interested in.” Using this new information, Dr. Verkhusha’s laboratory has already designed a variety of new fluorescent proteins that can glow in colors ranging from blue to far-red.

Since researchers can now follow only two or three proteins at a time, an expanded fluorescent protein palette would be a big help. “To understand many cellular functions, you would like to follow dozens of different proteins, so the more colors we can develop, the better,” says study co-author Steven C. Almo, Ph.D., professor of biochemistry and of physiology & biophysics at Einstein. He is an expert in x-ray crystallography, a method that determines the arrangement of atoms within a protein by striking the protein crystal with a beam of x rays. 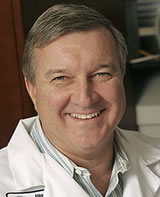 John S. Condeelis, Ph.D.Dr. Verkhusha’s laboratory has also developed new red fluorescent proteins that are photoactivatable, meaning that they can be turned on from the dark to the fluorescent state using a short pulse of light. With these versatile probes, researchers can use real-time super-resolution fluorescence microscopy to capture images as small as 15 to 20 nanometers (the scale of single molecules) in living cells. Before such probes were available, super-resolution fluorescence microscopy could be done only in non-living cells.

Recently, one of Dr. Verkhusha’s photoactivatable probes allowed Einstein scientists to view individual breast cancer cells for several days at a time to obtain new insights into metastasis, the process by which tumor cells spread to other parts of the body. “Mapping the fate of tumor cells in different regions of a tumor was not possible before the development of photoswitching technology,” explains John S. Condeelis, Ph.D., co-chair and professor of anatomy and structural biology, co-director of the Gruss Lipper Biophotonics Center, and the Judith and Burton P. Resnick Chair in Translational Research.