April 7, 2010 — (BRONX, NY) — A study of nearly 13,000 rescue workers from the Fire Department of the City of New York (FDNY) shows that the significant proportion who suffered acute lung damage after exposure to World Trade Center (WTC) dust have not recovered normal lung function in the years since the September 11, 2001 terrorist attacks. This seven-year study, with almost 62,000 individual measurements, is the largest longitudinal study ever reported of occupational influences on lung function. It is the only group of WTC workers for which pre-9/11 lung function measurements were available. The study, led by researchers at Albert Einstein College of Medicine of Yeshiva University and Montefiore Medical Center, in collaboration with FDNY, appears in the April 8, 2010 print edition of The New England Journal of Medicine.

“This exposure at Ground Zero was so unique that no one could have predicted the impact on lung function. We demonstrated dramatic decline in lung function, mostly in the first 6 months after 9/11, and these declines persisted with little or no meaningful recovery of lung function among FDNY rescue workers (firefighters and emergency medical service workers) over the next six-and-a-half years,” said David Prezant, M.D., professor of medicine at Einstein and senior author of the study. Dr. Prezant is also an attending physician in the pulmonary medicine division at Montefiore Medical Center, the University Hospital and Academic Medical Center for Einstein, and the chief medical officer of the FDNY, Office of Medical Affairs and the co-director of the FDNY WTC Medical Programs.

For Dr. Prezant and his team, the critical mission remains identifying the individuals most affected and providing them with treatment to improve their quality of life and prevent further declines in lung function.

The current research follows up on a previous 2006 study, published in the American Journal of Respiratory and Critical Care Medicine, that assessed lung function one year after the 9/11 attacks. In that study, Dr. Prezant and colleagues found that 9/11 FDNY rescue workers suffered substantial loss in lung function in the year following the attacks — more than 12 times the decline in lung function that would be expected to occur with normal aging. The largest decline was observed among workers who arrived at the WTC site the morning of 9/11, when the dust cloud was most intense.

For the present study, the workers evaluated include nearly 92 percent of the 13,954 FDNY firefighters and EMS workers present at the WTC site between September 11 and September 24, 2001. Lung function in these 12,781 individuals was assessed by spirometry testing performed every 12 to 18 months. Spirometry measures the amount of air exhaled in a single breath. 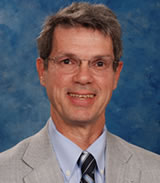 Thomas Aldrich, M.D.All participants had also been tested pre-9/11, so those spirometric results provided a baseline for assessing lung-function decline. Because the decline was severe and persistent, a substantial proportion of FDNY rescue workers were left with abnormal lung function by the end of this study – September 11, 2008. For example, the proportion of those who never smoked — and whose lung function was below normal — increased over the first year from 3 percent to 18 percent for firefighters and from 12 percent to 22 percent for EMS workers, stabilizing at about 13 percent for firefighters and 22 percent for EMS workers by the end of the seven-year study. (“Below normal” is defined as less than that achieved by 95 percent of normal nonsmokers of similar age, gender and height.)

“Previous studies have indicated that the effects of firefighting on lung function are mild and reversible,” said lead author Thomas Aldrich, M.D., professor of medicine at Einstein and an attending physician in the pulmonary medicine division at Montefiore. “The difference seems to be that the workers in our study population experienced repeated daily exposures to much higher concentrations of airborne particulates (solid particles suspended in the air) and gaseous chemicals.”

Dr. Aldrich suggests that the lack of long-term recovery among the 9/11 rescue workers may be due to several factors: the unusual nature of the dust cloud itself — which was thick with particulates, inhaled pulverized material from the collapse of the towers, and smoke from fires that continued to burn until mid-December.

"We demonstrated dramatic decline in lung function, mostly in the first 6 months after 9/11, and these declines persisted with little or no meaningful recovery of lung function among FDNY rescue workers over the next six-and-a-half years."

-- David Prezant, M.D.“All smoke contains particulates, but not at the density seen in the WTC collapse, especially if you were at the site during the first two or three days or for long durations thereafter,” said Dr. Aldrich. “In a normal fire, you don’t get enveloped in a particulate cloud so thick that you can’t even see through it.”

The current report, part of an ongoing FDNY study of WTC rescue workers, is the most comprehensive study of rescue workers in general and specifically of FDNY firefighters and EMS workers (both active and retired) known to have been at Ground Zero during the rescue and recovery phases. It is also the only study to include pre- and post-9/11 spirometry testing.

The paper, “Lung Function in Rescue Workers at the World Trade Center after 7 Years,” appears in the April 7 online edition and April 8 print edition of The New England Journal of Medicine. The study was funded by the National Institute of Occupational Safety and Health.