January 26, 2010 – (BRONX, NY) – A new study shows that a protein found in blood alleviates anemia, a condition in which the body’s tissues don’t get enough oxygen from the blood. In this animal study, injections of the protein, known as transferrin, also protected against potentially fatal iron overload in mice with thalassemia, a type of inherited anemia that affects millions of people worldwide.

Implications of the study, published in the January 24 online edition of Nature Medicine, could extend well beyond thalassemia to include other types of anemia including sickle cell anemia and myelodysplastic syndromes (bone marrow disorders that often precede leukemia) if proven in humans. The research was conducted by scientists at Albert Einstein College of Medicine of Yeshiva University.

“People who have thalassemia or other types of anemia need frequent blood transfusions over many years to correct the problem,” says Mary E. Fabry, Ph.D., professor of medicine at Einstein and a study author. “But the human body has no way to get rid of the massive amount of iron in the transfused blood, and the resulting iron overload - especially its accumulation in the heart and liver – is often fatal. Our study suggests that treatment with transferrin could prevent this.”

It’s projected that over the next 20 years, more than 900,000 children with thalassemia will be born each year. Ninety-five percent of thalassemia births are in Asian, Indian, and Middle Eastern regions. However, the U.S. is seeing more cases due to a growing influx of immigrants.

“Transferrin’s striking effectiveness in reducing iron overload makes me hopeful that people with anemia could really benefit from it.”

-- Eric E. Bouhassira, Ph.D.Thalassemia is classified as alpha or beta thalassemia, depending on which of the globin protein chains are affected. In a 2009 study involving beta thalassemic mice at Einstein, Dr. Fabry and her colleagues made a paradoxical observation: Despite the rodents’ anemia and iron overload, injecting them with more iron improved their anemia by increasing both hemoglobin and the number of red cells.

This finding indicated that “overload” iron wasn’t accessible for use in making red cells. And it suggested to Yelena Z. Ginzburg, M.D., a postdoctoral research fellow in Dr. Fabry’s lab at the time and a senior author of the present study, that transferrin might be able to tap into that stored iron.

Transferrin is a crucially important protein responsible for transporting iron in the bloodstream and delivering it to cells that need it – particularly the cells that develop into red blood cells. “Yelena [now a researcher at the New York Blood Center in New York City] hypothesized that too little transferrin in the circulation may account for the reduced red cell production and anemia observed in beta thalassemia,” says Dr. Fabry. “So she decided to see if injections of transferring - obtainable as a byproduct of blood collection – could help in treating thalassemia.” 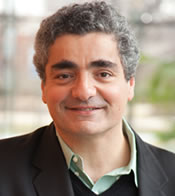 “The injected transferrin killed three birds with one stone,” says Dr. Fabry. “It not only helped in depleting the iron overload that can be so toxic, but it recycled that iron into new red blood cells that ameliorated the anemia. Plus, those red cells survived for a longer time because they had fewer defects.”

The Einstein researchers are cautiously optimistic that transferrin could have similar benefits for people.

“Before doing clinical trials, we need to work out a lot of details such as the proper dose of transferrin and the frequency of treatment,” says Eric E. Bouhassira, Ph.D., another author of the study who is professor of cell biology and of medicine and the Ingeborg and Ira Leon Rennert Professor of Stem Cell Biology and Regenerative Medicine at Einstein. “But transferrin’s striking effectiveness in reducing iron overload makes me hopeful that people with anemia could really benefit from it.”