October 8, 2009 — (BRONX, NY) — Lynne Holden, M.D., associate professor of clinical emergency medicine at Albert Einstein College of Medicine of Yeshiva University, has been named a Robert Wood Johnson Foundation Community Health Leader (CHL) for her work with Mentoring in Medicine. Dr. Holden is co-founder and president of the organization, which encourages disadvantaged students to enter the health professions. Dr. Holden is one of 10 honorees who received the CHL Award at a ceremony held in the Mayflower Hotel in Washington, D.C. earlier today. 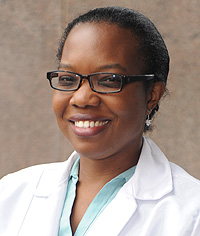 Lynne Holden, M.D."The entire Einstein community is tremendously proud of Dr. Holden," said Edward Burns, M.D., executive dean of Einstein. "Her commitment to the academic and clinical excellence of her students and the welfare of the community comes through in everything she does. As a co-chair of Einstein's Admissions Committee for 10 years, Dr. Holden recruited and championed students from backgrounds traditionally underrepresented in medicine, a mission we take seriously here at Einstein. Her work with Mentoring in Medicine is an innovative way to increase the diversity of the country's health care workforce and ultimately reduce health disparities."

Einstein partners with Mentoring in Medicine in offering the Emergency Department Clinical Exposure and Mentoring Program. Taking place at Montefiore Medical Center, The University Hospital and Academic Medical Center for Einstein, the program is an internship for minority undergraduate and post-baccalaureate students that provides opportunities to volunteer, shadow health care professionals, and gain exposure to research environments. Dr. Holden is an attending physician in emergency medicine at Montefiore.

The CHL Award salutes individuals who overcome significant odds to tackle some of the most challenging problems affecting the health and health care of their communities and the nation. This year, RWJF received over 532 nominations from across the United States. The honor comes with a one-time $125,000 award, which Dr. Holden plans to use to expand her community health services corps. "It's an honor and a humbling experience to know that Mentoring in Medicine is being recognized at a national level," Dr. Holden said. 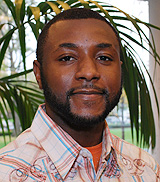 Chinedu NwabuobiFounded in March 2006, Mentoring in Medicine is an all-volunteer organization that has enlisted the help of more than 500 health care professionals who donate their time in order to inspire and assist students in disadvantaged areas to enter health professions. The group aims to ignite an interest in medicine, prepare students to become competitive applicants to health professional schools, and support them on their way to graduation and employment. Mentoring in Medicine has worked with nearly 6,200 students, from 3rd grade through health professional school, in the Bronx, Harlem, and Oakland, California.

The idea of Mentoring in Medicine germinated from a chance conversation Dr. Holden had with a woman she met on the subway. Dr. Holden was reading "Gifted Hands," a book by African-American neurosurgeon Ben Carson. "A woman noticed the book and told me her son wanted to be a brain surgeon," Dr. Holden said. "She was a single mother with five children and didn't know how to guide her son. She knew he had the will and the academic ability, but she didn't have a way to help him. I realized we should be able to bring this child and others like him together with people in health care professions.

Our program now has students in health professional schools across the country who are training to be doctors, nurses, dentists, pharmacists and physician assistants, including three medical students at Einstein."

Chinedu Nwabuobi is one of those Einstein students. He joined the Mentoring in Medicine program while in college. "I had the interest but not the confidence to apply to medical school," said Mr. Nwabuobi, now in his second year at Einstein. "Dr. Holden believed in me and was a voice of strength, encouraging me and helping me to achieve my goals. I know I can't give up because she won't give up on me."