November 19, 2008 - (BRONX, NY) -  A study published by researchers at Yeshiva University and its medical school, Albert Einstein College of Medicine, strongly suggests that regular attendance at religious services reduces the risk of death by approximately 20 percent. The findings, published in Psychology and Health, were based on data drawn from participants who spanned numerous religious denominations.  The research was conducted by Eliezer Schnall, Ph.D., clinical assistant professor of psychology at Yeshiva College of Yeshiva University, and co-authored by Sylvia Wassertheil-Smoller, Ph.D., professor of epidemiology and population health at Einstein, as an ancillary study of the Women's Health Initiative (WHI). The WHI is a national, long-term study aimed at addressing women's health issues and funded by the National Institutes of Health. 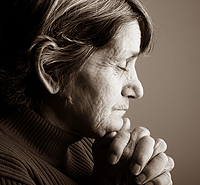 The researchers evaluated the religious practices of 92,395 post-menopausal women participating in the WHI. They examined the prospective association of religious affiliation, religious service attendance, and strength and comfort derived from religion with subsequent cardiovascular events and overall rates of mortality.  Although the study showed as much as a 20 percent decrease in the overall risk of mortality for those attending religious services, it did not show any consistent change in rates of morbidity and death specifically related to cardiovascular disease, with no explanation readily evident.

The study adjusted for participation of individuals within communal organizations and group activities that promote a strong social life and enjoyable routines, behaviors known to lead to overall wellness. However, even after controlling for such behavior and other health-related factors, the improvements in morbidity and mortality rates exceeded expectations.

"Interestingly, the protection against mortality provided by religion cannot be entirely explained by expected factors that include enhanced social support of friends or family, lifestyle choices and reduced smoking and alcohol consumption," said Dr. Schnall, who was lead author of the study. "There is something here that we don't quite understand.  It is always possible that some unknown or unmeasured factors confounded these results," he added.

During WHI enrollment, study participants, aged 50 to79, were recruited on a voluntary basis from a variety of sources, from all over the nation. The women answered questions about baseline health conditions and religiosity and were followed by WHI researchers for an average of 7.7 years, with potential study outcomes of cardiovascular events and mortality adjudicated by trained physicians.

To evaluate the impact of religiosity on mortality and morbidity, the investigators looked at variables including self-report of religious affiliation, frequency of religious service attendance, and religious strength as well as comfort, in relation to coronary heart disease (CHD) and death. It is important to note that the study did not attempt to measure spirituality; rather, it examined self-report religiosity measures (irrespective of the participant's religion). 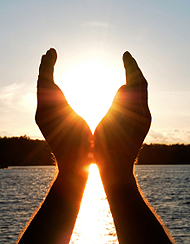 Those attending religious services at least once per week showed a 20 percent mortality risk reduction mark compared with those not attending services at all. These findings corroborate prior studies that have shown up to a 25 percent reduction in such risk.

The study investigators concluded that although religious behavior (as defined by the study's criteria) is associated with a reduction in death rates among the study population, the physical relationships leading to that effect are not yet understood and require further investigation. "The next step is to figure out how the effect of religiosity is translated into biological mechanisms that affect rates of survival," said Dr. Smoller. "However, we do not infer causation even from a prospective study, as that can only be done through a clinical trial.

She added, "There may be confounding factors that we can't determine, such as a selection bias, which would lead people who are at reduced risk for an impending event to also be the ones who attend services."

The investigators are considering doing an analysis of psychological profiles of women in the study to determine if such profiles can help to explain the apparent protective effects of attending religious services.

Psychology and Health is the official journal of the European Health Psychology Society. A link to the full journal article can be accessed free for 30 days from the date of this release here: