February 20, 2019—(BRONX, N.Y.)—A study led by Albert Einstein College of Medicine researchers found a link between daily consumption of multiple diet drinks and higher stroke risk among post-menopausal women. The association was stronger in obese women and African-American women. The study was published February 14 in Stroke, a journal of the American Heart Association. 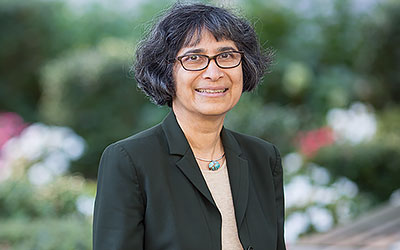 Yasmin Mossavar-Rahmani, Ph.D.“Many well-meaning people, especially those who are overweight or obese, drink low-calorie sweetened drinks to cut calories,” said lead author Yasmin Mossavar-Rahmani, Ph.D., associate professor of epidemiology and population health and a registered dietician. “Our research has shown that these drinks may not be as harmless as previously believed.”

The Einstein researchers found that women over the age of 50 who drank two or more artificially sweetened beverages a day were 23 percent more likely to have a stroke and 31 percent more likely to have a stroke caused by a clot, or ischemic stroke, compared to women who either drank no or less than one artificially sweetened beverage per week.  The investigators focused on clot-based strokes and one of its subtypes, small-artery occlusion. Previous studies have shown that repeated strokes in smaller blood vessels are also a risk factor for dementia. 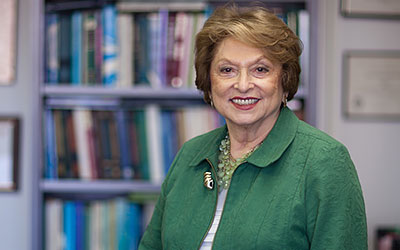 Dr. Mossavar-Rahmani and her colleagues studied data from the Women’s Health Initiative (WHI), a long-term National Institutes of Health-funded study on post-menopausal women. Einstein has been a clinical site for WHI since its inception, the only one in New York, and is led by principal investigator Sylvia Wassertheil-Smoller, Ph.D., senior author of this study and distinguished university professor emerita of epidemiology and population health. The WHI collected self-reported information from a racially diverse population of 81,714 women aged 50 years and older who answered questions on their consumption of diet drinks (12 fl. oz low-calorie, artificially sweetened fruit drinks and sodas) over a three-month period. Health outcomes were tracked for an average of nearly 12 years.

“Our research has shown that these drinks may not be as harmless as previously believed.”

“While this is an observational study and cannot prove cause and effect, the findings need to be further explored,” said Dr. Mossavar-Rahmani. “More research is necessary to determine what aspects of diet drinks are harmful and what mechanisms may be related to these health risks.”

“Our study should not put women in a panic if they consume a diet soda only occasionally,” Dr. Wassertheil-Smoller added.  “But it is prudent to try to wean oneself off these drinks. The excess risks of high consumption of artificially sweetened beverages are relative to no or small consumption. The actual absolute risks to any one individual are still small.”