July 6, 2017—BRONX, NY—Using a test for predicting whether tumors will metastasize, or spread, a research team led by scientists at Einstein and Montefiore found that administering chemotherapy to mouse models of breast cancer-caused cellular changes associated with increased risk for metastasis. Similar results were observed for a small number of breast cancer patients who had previously undergone chemotherapy.

The experimental test for predicting whether tumors will spread was developed by Dr. Condeelis, who is also the co-director of the Gruss Lipper Biophotonics Center and its Integrated Imaging Program, and his Einstein colleagues. They had observed that breast cancer spreads to other parts of the body when three specific cells are in direct contact: an endothelial cell (a type of cell that lines blood vessels), a Tie2-Hi perivascular macrophage (a type of immune cell involved in blood-vessel growth) and a tumor cell that produces high levels of Mena, a protein that enhances a cancer cell’s ability to invade blood vessels and spread. Where these three cells come in contact is where tumor cells can enter blood vessels—a site called a tumor microenvironment of metastasis, or TMEM. Tumors with high numbers of TMEM sites (i.e., they have a high TMEM “score”) were more likely to metastasize compared with tumors with lower TMEM scores.

John S. Condeelis, Ph.D.In the Science Translational Medicine study, TMEM testing was carried out on breast tissue of three different breast-cancer mouse models that had been treated with the chemotherapy agent paclitaxel. For all three animal models that had undergone chemotherapy, TMEM activity was increased in the live tumors. In addition, TMEM scores for mice that had undergone chemotherapy were two-to-three fold higher compared with TMEM scores of mice not receiving chemotherapy.Using a different chemotherapy regimen—doxorubicin plus cyclophosphamide—led to similar findings. TMEM testing on biopsy specimens from residual breast cancers of 20 women previously treated with paclitaxel followed by doxorubicin plus cyclophosphamide showed that most patients had an increase in TMEM scores after chemotherapy, and five patients experienced more than a five-fold increase in TMEM score compared with scores before chemotherapy.

The study also found that the drug rebastinib, a Tie2 inhibitor that blocks TMEM function, when administered to breast-cancer mouse models treated with paclitaxel, blocked both the blood vessel permeability and cancer-cell spread associated with TMEM. 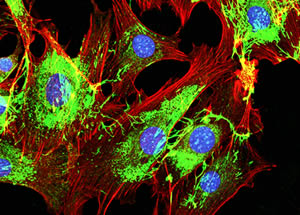 The study was funded by grants from the National Institutes of Health (CA100324; CA150344; CA200561; S10OD019961), and Albert Einstein College of Medicine. Dr. Condeelis and Oktay are inventors on a patent application submitted by Einstein that covers methods of detecting and reducing chemotherapy-induced pro-metastatic changes in breast tumors. All other authors declare that they have no competing interests.

Q&A for Patients and Media