December 11, 2015—(BRONX, NY)—Feeling stressed out increases the likelihood that elderly people will develop mild cognitive impairment—often a prelude to full-blown Alzheimer’s disease. In a new study, scientists at Albert Einstein College of Medicine and Montefiore Health System found that highly stressed participants were more than twice as likely to become impaired than those who were not. Because stress is treatable, the results suggest that detecting and treating stress in older people might help delay or even prevent the onset of Alzheimer’s. The findings were published online today in Alzheimer Disease & Associated Disorders.

Richard Lipton, M.D. Each year, approximately 470,000 Americans are diagnosed with Alzheimer’s dementia. Many of them first experience mild cognitive impairment—a pre-dementia condition that significantly increases the risk of developing Alzheimer’s in the following months or years. This study looked at the connection between chronic stress and “amnestic mild cognitive impairment” (aMCI), the most common type of MCI, which is primarily characterized by memory loss.

“Our study provides strong evidence that perceived stress increases the likelihood that an older person will develop aMCI,” said Richard Lipton, M.D., senior author of the study, vice chair of neurology at Einstein and Montefiore, and professor in the Saul R. Korey Department of Neurology and the Edwin S. Lowe Chair of Neurology at Einstein. “Fortunately, perceived stress is a modifiable risk factor for cognitive impairment, making it a potential target for treatment.”

“Perceived stress reflects the daily hassles we all experience, as well as the way we appraise and cope with these events,” said study first author, Mindy Katz, M.P.H., senior associate in the Saul R. Korey Department of Neurology at Einstein. “Perceived stress can be altered by mindfulness-based stress reduction, cognitive-behavioral therapies and stress-reducing drugs. These interventions may postpone or even prevent an individual’s cognitive decline.”

The researchers studied data collected from 507 people enrolled in the Einstein Aging Study (EAS), a community-based cohort of older adults. Since 1993, the EAS has systematically recruited adults 70 and over who live in Bronx County, NY. Participants undergo annual assessments that include clinical evaluations, a neuropsychological battery of tests, psychosocial measures, medical history, assessments of daily-living activities and reports (by participants and those close to them) of memory and other cognitive complaints. 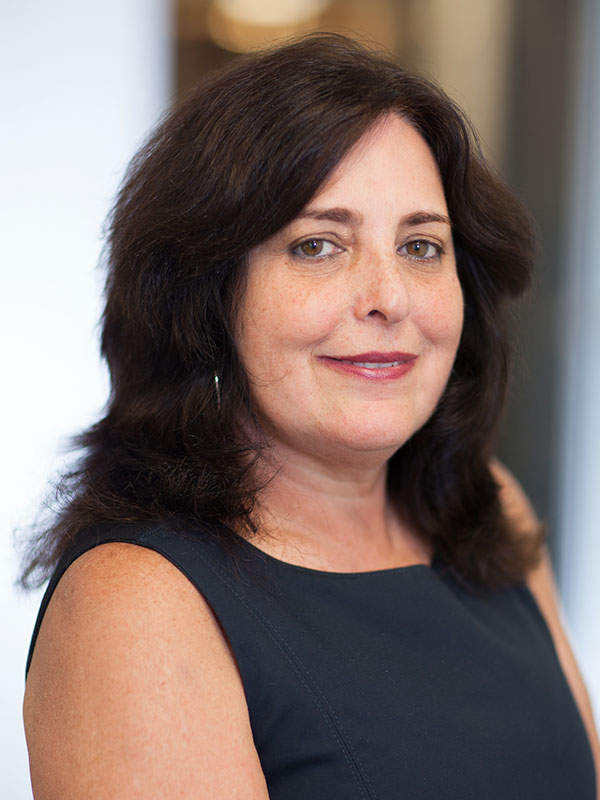 Mindy Katz, M.P.H. Starting in 2005, the EAS began assessing stress using the Perceived Stress Scale (PSS). This widely used 14-item measure of psychological stress was designed to be sensitive to chronic stress (due to ongoing life circumstances, possible future events and other causes) perceived over the previous month. PSS scores range from 0 to 56, with higher scores indicating greater perceived stress.

The diagnosis of aMCI was based on standardized clinical criteria including the results of recall tests and reports of forgetfulness from the participants or from others. All 507 enrollees were free of aMCI or dementia at their initial PSS assessment and subsequently underwent at least one annual follow-up evaluation. They were followed for an average of 3.6 years.

Seventy-one of the 507 participants were diagnosed with aMCI during the study. The greater the participants’ stress level, the greater their risk for developing aMCI: for every 5 point increase in their PSS scores, their risk of developing aMCI increased by 30 percent. Similar results were obtained when participants were divided into five groups (quintiles) based on their PSS scores. Participants in the highest-stress quintile (high stress) were nearly 2.5 times more likely to develop aMCI than were people in the remaining four quintiles combined (low stress). When comparing the two groups, participants in the high-stress group were more likely to be female and have less education and higher levels of depression.

“Our study provides strong evidence that perceived stress increases the likelihood that an older person will develop aMCI.”

To confirm that stress was independently increasing risk for aMCI in this study, the researchers assessed whether depression—which increases the risk for stress as well as for cognitive impairment and Alzheimer’s disease—might have influenced the results. They found that depression did not significantly affect the relationship observed between stress and the onset of aMCI. Similarly, stress’s impact on cognitive status was unaffected if participants possessed at least one e4 allele of the APOE gene, which increases their risk for developing late-onset Alzheimer’s.

The study is titled “Influence of perceived stress on incident amnestic mild cognitive impairment: Results from the Einstein Aging Study.”

In addition to Dr. Lipton and Ms. Katz, other Einstein-Montefiore authors were Carol Derby, Ph.D., Cuiling Wang, Ph.D., Ali Ezzati, M.D., Molly Zimmerman, Ph.D., and Jessica Zwerling, M.D., M.S. Martin Sliwinski, Ph.D., of Pennsylvania State University also contributed to the study. The research was funded by the National Institutes of Health, the National Center for Advancing Translational Sciences, the Leonard and Sylvia Marx Foundation and the Czap Foundation. The authors report no conflicts of interest.