September 17, 2015—(BRONX, NY)—Steven C. Almo, Ph.D., an internationally recognized leader in the field of structural biology, has been named chair of the department of biochemistry at Albert Einstein College of Medicine.  Dr. Almo is professor of biochemistry and of physiology & biophysics and holds the Wollowick Family Foundation Chair. Dr. Almo will assume the chair left vacant by Vern Schramm, Ph.D., who has led the biochemistry department for the past 28 years. 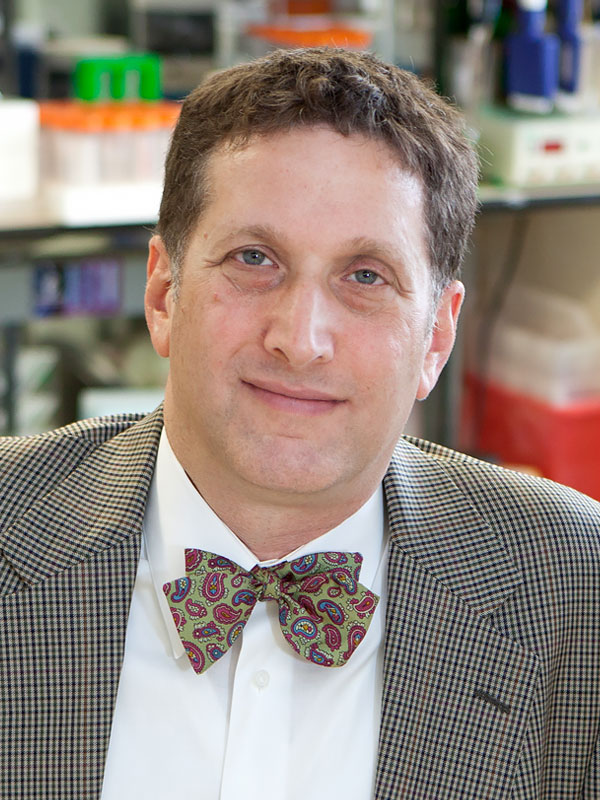 Steven C. Almo, Ph.D."Steve is a tremendous scientist, an engaged collaborator and an inspiring mentor to the students in his lab and junior faculty," said Allen M. Spiegel, M.D., the Marilyn and Stanley M. Katz Dean at Einstein. "His work in X-ray crystallography touches so many research areas on campus and around the country, and this new position is a testament to the mark he has made on his field and at Einstein."

Dr. Almo joined Einstein in 1992 and has been an active member of the Albert Einstein Cancer Center since 1996. In 2007, he became the director of Einstein's Macromolecular Therapeutics Development Facility, a shared facility that provides expertise for directed development and optimization of protein-based therapeutics and supports high-throughput automated development, analysis and production of proteins.

Dr. Almo's laboratory determines the shapes and structures of proteins to better understand their function and advance the development of therapeutics. His large-scale work on enzyme function is providing new insights into the gut microbiome's contributions to human health, providing new chemical processes for industry, and even expanding understanding of critical environmental issues including global nutrient cycles and how complex microbial communities evolve. Dr. Almo's research on molecular mechanisms involved in immunity are leading to novel immunotherapy strategies and compounds for treating infectious diseases, autoimmune diseases and cancers.

“Steve is a tremendous scientist, an engaged collaborator and an inspiring mentor to the students in his lab and junior faculty. His work in X-ray crystallography touches so many research areas on campus and around the country, and this new position is a testament to the mark he has made on his field and at Einstein.”

Dr. Almo received his first major independent research project grant in 1993 and since then has been continuously funded as a principal investigator by the National Institutes of Health. His research is currently supported by two major NIH grants with annual funding totaling approximately $6.8 million.

Before coming to Einstein, Dr. Almo held teaching positions at Woods Hole Marine Biology Laboratories, Massachusetts Institute of Technology (MIT) and Stanford University Medical School. He earned his B.S. in biology at MIT, his Ph.D. in biophysics at Harvard, and completed his post-doctoral fellowship at Johns Hopkins School of Medicine.

Dr. Almo is a member of the American Society for Cell Biology and the American Crystallographic Association. He has served on 13 study sections and review panels for the NIH, including chairing the review panel for bioengineering research partnership. He has served on the American Cancer Society's Peer Review Committee on Cancer Drug Development, the editorial board of the International Archives of Allergy and Immunology, the Proposal Study Panel at the Brookhaven National Laboratory, and as organizer of the 2012 Keystone Meeting on the Structural Biology of Cellular Processes.

Dr. Schramm, who also holds the Ruth Merns Chair in Biochemistry, is returning to his lab full time. Dr. Schramm's research focuses on developing transition-state analogues, which lock up enzymes implicated in disease during the brief (one-tenth of one-trillionth of a second) period when they are converted from a substrate to a different chemical. His work, often in collaboration with Dr. Almo, has led to potential drug compounds to combat leukemia and gout and to novel antibiotics that do not trigger resistance. Dr. Schramm is currently PI or co-PI on four major NIH grants.