August 18, 2014—(BRONX, NY)—The National Institutes of Health (NIH) has awarded $9 million to renew a grant headed by Robert Callender, Ph.D., professor of biochemistry at Albert Einstein College of Medicine of Yeshiva University. He and his fellow researchers are working to develop drugs by considering the dynamics—including specific atomic motions—of the enzymes that those drugs target.

Robert Callender, Ph.D.Enzymes are proteins that speed up, or catalyze, chemical reactions within cells. One-third of all drugs approved by the U.S. Food and Drug Administration act by inhibiting the enzymes of cells and viruses that cause disease. But so far, researchers have developed drugs against only a small fraction of potential enzyme targets. The ability to attack additional enzymes depends on gaining fundamental knowledge about enzyme function.

Enzymes and the molecules they interact with (their substrates) must have specific shapes for catalytic reactions to proceed. The proper shapes allow the part of an enzyme called the catalytic or "active" site to bind to the substrate, resulting in a new molecule called the product. It is now known that the enzyme-substrate molecule does not have just a single conformation to define its shape, as had been assumed, but rather a hierarchy of interconverting conformations. "To better understand these reactions at the molecular level, we need to learn more about the physics of the atomic motions that occur during catalysis," explained Dr. Callender. "That knowledge should lead to new classes of pharmaceuticals that can alleviate disease by the suitable targeting of enzymes."

The NIH grant funds four highly collaborative projects, two of them at Einstein. Dr. Callender, the grant's principal investigator, directs one of them, and the second is directed by Vern Schramm, Ph.D., professor and chair of biochemistry and the Ruth Merns Chair in Biochemistry. The other two projects are directed by R. Brian Dyer, Ph.D., at Emory University, and Steven Schwartz, Ph.D., now at the University of Arizona (formerly Einstein). 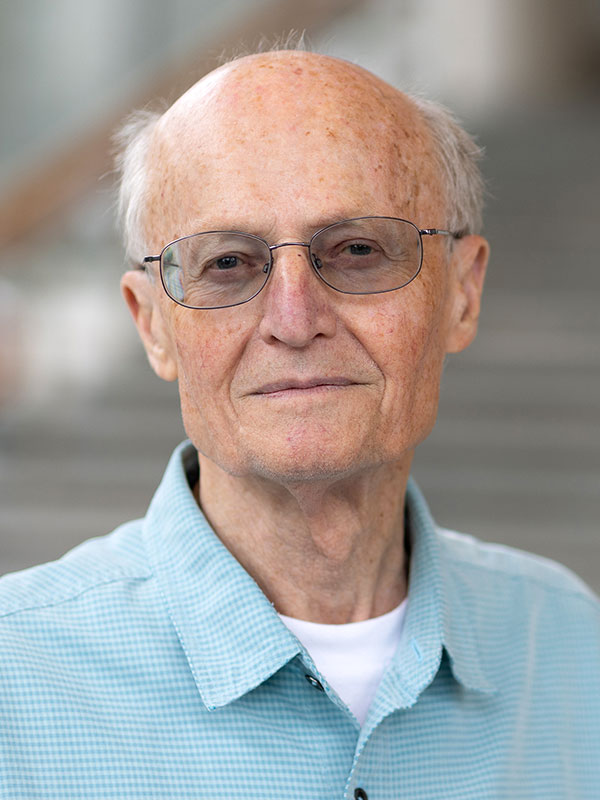 Vern Schramm, Ph.D.According to the conventional view, the three-dimensional structure of a protein's active site determines its function. The scientists funded by this grant have overturned this view of enzyme function by introducing the concept of atomic motion. They've shown that the active site's structure determines specific atomic motions that, in turn, determine enzyme function. This means that the binding of an enzyme to its substrate can result in hundreds of thousands of different enzyme-substrate conformations, or structural arrangements, just a few of which actually lead to the product.

The scientists have also shown that specific types of atomic motion are important in forming an enzyme's transition state—the brief (one-tenth of one-trillionth of a second) period in which a substrate is converted to a different chemical at an enzyme's active site. Dr. Schramm has pioneered efforts to synthesize transition-state analogs of substrates that bind to active sites of enzymes of interest and permanently "lock up" those enzymes.

The researchers plan to use the new knowledge regarding atomic motion to design new enzyme inhibitors that will function as drugs. In voting to renew the scientists' federal grant, the review panel called their research on atomic motion "groundbreaking" work that will "re-write the textbooks." The project may be the world's most advanced effort to understand the dynamics of enzyme-substrate interactions.

The grant, 2 P01GM068036-11, is titled "Protein Architecture and the Energy Landscape of Enzymatic Catalysis."