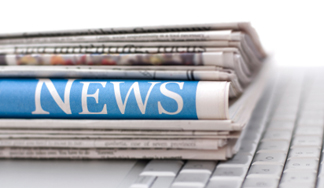 Dr. Horwitz, a world-renowned virologist, was known for his study of the biology of adenoviruses, which are important causes of human illness and are often used in gene therapy as vectors for introducing genes into cells. In a significant achievement, Dr. Horwitz devised a method for growing adenoviruses. This finding, combined with his previous description of the outer protein of adenovirus, was crucial for providing researchers with a system for studying the fundamental aspects of the adenovirus' biology.

At the time of his death, Dr. Horwitz was studying novel adenovirus genes that regulate the human immune system. In particular, this work focused on how adenovirus genes "turn off" the autoimmune reaction in humans that leads to diabetes.

Dr. Horwitz' work in virology began in 1965, at the National Communicable Disease Center (now known as the Centers for Disease Control and Prevention), in Atlanta Georgia. He also served as an instructor of pediatrics at Emory University School of Medicine during that time.

In 1967, he moved to New York to complete a postdoctoral fellowship in cell biology at the Albert Einstein College of Medicine, after which he became a member of the medical school's faculty. Through nearly five decades, he served in numerous leadership roles, most notably as chair of microbiology & immunology, director of the Pediatric Infectious Disease Program, associate director of the Medical-Scientist Training Program and of the Albert Einstein Cancer Center, and was influential in establishing the research program in the Department of Pediatrics. In addition, Dr. Horwitz was the Leo and Julia Forchheimer Professor of Microbiology & Immunology, as well as professor of pediatrics and of cell biology at Einstein.

"Marshall Horwitz was a beloved friend and colleague, and an invaluable member of our academic faculty," said Dominick P. Purpura, M.D., the Marilyn and Stanley M. Katz Dean at Einstein. "Since coming to Einstein nearly 40 years ago, he has made countless contributions as a physician, scientist, and mentor, touching generations of future doctors and scientists."

Dr. Horwitz was born March 26, 1937, in Boston, Massachusetts, where he attended Harvard College and Tufts University Medical School. He then completed an internship and residency in pediatrics at the New England Medical Center.

He is survived by his wife, Dr. Susan Band Horwitz, who is the co-chair of molecular pharmacology and the Rose C. Falkenstein Professor of Cancer Research at Einstein, as well as by his sons, Joshua and Bruce and two grandchildren.