In a nondescript lab in the basement of the Michael F. Price Center for Genetic and Translational Medicine, technician Marc Vargas, B.S., uses an extremely thin pipette to inject reagents into fertilized mouse eggs. A short time later he transfers those eggs into the Fallopian tubes of foster mouse mothers. 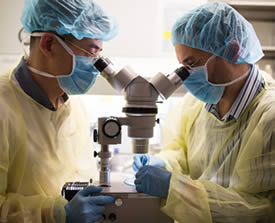 Ken Chen, Ph.D. (left) and Marc Vargas, B.S.It’s slow, exacting labor, hardly the stuff of Nova science documentaries. But it should be. Thanks to this technique, all the cells of mice born to those foster mothers will possess a gene that was targeted and modified in some way—knocked out, for example, or augmented with a DNA sequence that corrects a mutation.

The technique, known by the acronym CRISPR (pronounced “crisper”), is revolutionizing how scientists at Einstein and elsewhere edit genomes. Use of CRISPR is yielding a vast array of novel cell lines and mouse models for studying disease and, potentially, yielding new treatments and cures.

Although CRISPR was perfected by humans, it was actually developed by bacteria. Throughout their brief lives, these single-celled organisms face relentless attacks from viruses seeking a place to replicate their DNA. Over the eons, bacteria have devised protective mechanisms, the most ingenious of which is CRISPR.

“CRISPR is far and away the fastest, most efficient, precise and versatile method of gene editing as well as the simplest and least costly, making it accessible to most researchers.”

CRISPR was first observed in 1993, when Spanish researcher Francisco Mojica was studying genome-sequencing data from the salt-tolerant bacterium Haloferax mediterranei and noticed something odd: multiple copies of a repeated sequence of 30 nucleotides separated by “spacer” regions, or loci, of about 36 nucleotides. As described in a 1993 paper, those repeated 30-nucleotide sequences were nearly perfect palindromes, i.e., they read the same backwards as forwards. Hence the name CRISPR (for clustered regularly interspaced short palindromic repeats).

By 2000, Dr. Mojica had observed CRISPR loci in 20 different bacterial species, including Mycobacterium tuberculosis and the plague bacterium Yersinia pestis, but he still hadn’t determined CRISPR’s function. He eventually shifted his focus from the palindromic repeats to the “spacer DNA” regions between them—and hit the jackpot. After sequencing a CRISPR locus in a strain of E. coli, he saw that the DNA nucleotides in one of the spacer regions matched the DNA sequence of a bacteriophage that attacks many E. coli strains. (Bacteriophages are viruses that infect bacteria.) Dr. Mojica concluded in a 2005 paper that CRISPR loci must encode instructions for an adaptive immune system that protects bacteria against specific viral infections.

A bacteriophage multiplies by attaching to and injecting its DNA into a bacterial cell. Bacteria endowed with CRISPR immunity cut out a snippet of an invading virus’ DNA and paste it into their own genome. This inserted DNA is the spacer region—a “memory” of the viral aggressor. 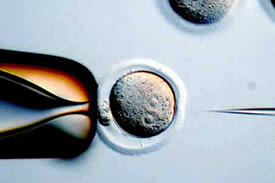 As part of CRISPR gene editing in Einstein’s Transgenic Mouse Facility, a pipette is used to inject reagents into a fertilized mouse oocyte.If that same viral species attacks again, the bacteria can now retaliate: Using the spacer region as their template, they form short RNA molecules called guide RNAs that have sequences matching the DNA of the invading virus. The guide RNAs form complexes with a bacterial nuclease (an enzyme that cuts DNA) known as Cas9. When the guide RNA finds its target within the viral DNA, Cas9 disables the virus by cutting the target DNA.

In 2008, Northwestern University researchers proposed that the CRISPR bacterial defense mechanism could be harnessed for use in genome editing. The key step—synthesizing guide RNAs to match particular DNA sequences—would allow scientists to cut out any DNA sequence at the precise locations desired. In 2012, researchers in the U.S. and France showed they could use CRISPR to edit the genome of any organism from microbes to mice to humans. The journal Science chose CRISPR as its 2015 Breakthrough of the Year.

Genetic engineering certainly isn’t new. Humans began altering the genes of plants and animals thousands of years ago with selective breeding, well before the concept of a gene was even known. But the process was slow and the results uncertain. By the 1930s, researchers realized they could speed things up by subjecting organisms to X-rays, producing all sorts of mutations, a small percentage of which might prove useful. 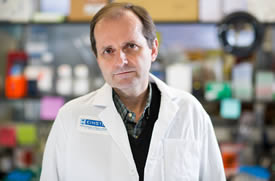 Winfried Edelmann, Ph.D.“CRISPR is far and away the fastest, most efficient, precise and versatile method of gene editing as well as the simplest and least costly, making it accessible to most researchers,’’ says Winfried Edelmann, Ph.D., professor of cell biology and of genetics, the Joseph and Gertrud Buchler Chair in Transgenic Medicine, and scientific director of Einstein’s core resource for all things CRISPR, the Gene Modification Facility.“With CRISPR, our ability to add or delete genes or otherwise modify the genome is almost limitless.”

Einstein’s CRISPR facility was established three years ago, and dozens of researchers around campus have taken advantage of it. For example, Wenjun Guo, Ph.D., assistant professor of cell biology and a member of the Gottesman Institute for Stem Cell Biology and Regenerative Medicine, wanted to distinguish mutations that drive breast cancer from those merely associated with the disease. He and his colleagues used CRISPR to create mouse models in which specific mammary-cell genes associated with breast cancer were inactivated. This approach enabled the researchers to identify several genes that contribute to various stages of breast cancer development including tumor initiation, progression, and metastasis, and to resistance to targeted therapy. They described their findings last year in Cell Reports. 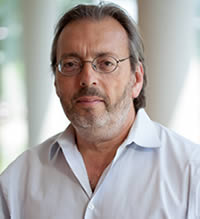 Herbert Lachman, M.D.Herbert Lachman, M.D., professor of psychiatry and behavioral sciences and of medicine, uses CRISPR to create new human cell lines to study the molecular basis of schizophrenia and autism. Starting with induced pluripotent stem (iPS) cell lines derived from typically developing people, he uses CRISPR to knock out genes involved in schizophrenia or autism that also regulate the expression of other genes. Cells from modified iPS cell lines and control cell lines are then coaxed into forming various types of neurons that are analyzed using several methods. One method—RNA-seq—captures gene expression differences in control vs CRISPR-engineered cells, yielding insights into downstream pathways affected by genes associated with the two disorders.

Dr. Edelmann himself employs CRISPR to study DNA mismatch repair, a natural cellular mechanism for recognizing and fixing errors in DNA replication. Other Einstein researchers are using CRISPR to study hematologic malignancies, retinal disease, the fundamental mechanisms of growth and development, and immune checkpoints in cancer and gene therapy for liver disease, to name just a few applications.

For researchers using CRISPR to edit genes, the first phase of the process involves synthesizing the key CRISPR reagent ingredient: the guide RNA designed to precisely target the gene of interest. That’s the responsibility of Yongwei Zhang, Ph.D., an associate in the department of cell biology and operations director of the Gene Modification Facility.

Dr. Zhang notes that researchers don’t need any particular expertise in genetic engineering to take advantage of CRISPR. “If you tell us what gene you want to manipulate, we’ll assemble the reagents needed to make it happen and give you a new cell line in a couple of months or a new mouse model in three to six months,” he says. 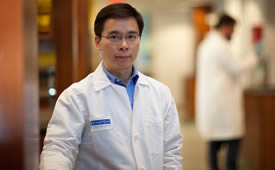 Wejun Guo, Ph.D.Marc Vargas, who we met at the start of this article, works in the Transgenic Mouse Facility, which is directed by Ken Chen, M.D., and Harry Hou, B.S., principle associates in cell biology. Dr. Chen presides over CRISPR’s second phase, in which single-cell fertilized mouse embryos are injected with reagents and then transferred to foster mothers.

What most excites scientists about CRISPR is its potential to create new therapies. In a first, Chinese researchers have reportedly begun testing a novel therapy in which CRISPR is used to boost the immune response of T cells against cancer cells in patients with metastatic non-small cell lung cancer. The researchers extract T cells from the patient’s blood, treat them with CRISPR to knock out PD-1 (a gene that encodes a protein that normally dampens the cell’s immune response) and then reinfuse the altered T cells into the patient. Many more trials of CRISPR therapies are expected in the months ahead.

The Chinese trial affects only somatic (non-reproductive) cells, so the altered traits can’t be passed to future generations. But the time may come when scientists can successfully apply CRISPR to human reproductive (germline) cells, raising the specter of eugenics. 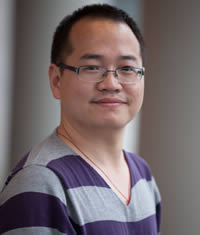 Youngwei Zhang, Ph.D.Despite international calls for a moratorium on germline experiments, a different lab in China has experimented with CRISPR in human embryos, according to a 2015 report in the New York Times. The intent was not to produce a baby (they intentionally used defective embryos), but to see if CRISPR could be made to work in human reproductive cells. The experiment failed in critical ways—the desired genetic changes didn’t appear in all cells or the embryos died—but the experiment nonetheless shocked many in the biomedical community simply because it was attempted at all.

At the time, Einstein’s Ruth Macklin, Ph.D., distinguished university professor emerita in epidemiology & population health and the Dr. Shoshanah Trachtenberg Frackman Faculty Scholar in Biomedical Ethics, wrote: “In my work as a bioethicist, I have very rarely taken an ‘absolutist’ position regarding the use of a biomedical technology. But when I read [about the Chinese experiment] my reaction was that this should not be done… Genes that should not have been altered might be altered irrevocably. Collateral damage could occur to some or all genes. And any devastating results would continue for generations.”

But two years on, the blanket condemnation of germline experiments appears to be softening. In February, a special committee of the National Academy of Sciences (NAS) and the National Academy of Medicine (NAM) issued a consensus report on human genome editing stating that “Heritable germline genome editing trials must be approached with caution, but caution does not mean they must be prohibited.” The report concluded that such trials “might be permitted, but only following much more research” into the risks and benefits and “only for compelling reasons and under strict oversight.” 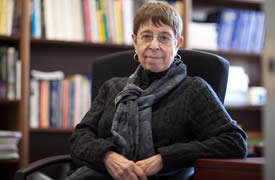 Ruth Macklin, Ph.D.Dr. Macklin has revised her views as well, writing in a recent Einstein blog, “The ethical standard for determining the ethics of any type of experimental intervention is a favorable balance of anticipated benefits over risks of harm. In the future use of this innovative technique, we have to trust the expertise of leading scientists, as we have done in the past when any novel biomedical technique is introduced for use in human beings.”

The NAS/NAM report also addressed the potential use of CRISPR to create so-called designer babies, with enhanced IQs or athletic abilities, stating, “Regulatory agencies should not at this time authorize clinical trials of somatic or germline genome editing for purposes other than treatment or prevention of disease or disability.” But the phrase at this time is sure to worry many people.

“As for manipulating the germline, it might start with disease, but where would it end—with blues eyes and blond hair? I would stay away from this,” says Dr. Edelmann.

“In the case of sickle cell, you would harvest hematopoietic (blood-forming) stem cells from the blood or bone marrow, correct the defect with CRSIPR, and reinfuse the cells back into the bloodstream.”

Far better future uses for CRISPR, he says, would be to treat or perhaps even cure blood disease like sickle cell anemia, where a single enzyme defect causes the problem and there’s no need to tamper with germline cells. “In the case of sickle cell,” he says, “you would harvest hematopoietic (blood-forming) stem cells from the blood or bone marrow, correct the defect with CRISPR, and reinfuse the cells back into the bloodstream. Even if just a small percentage of the corrected cells reestablish themselves in the bone marrow and start producing normal blood cells, that might be enough to reduce the disease’s symptoms and allow patients to live a normal life.”