Physician-Scientist in the Making

Sitting at the dinner table as a child, Jeremy Gold would listen as his parents, Christy Joyce and Jonathan Gold—both physicians—talked about healthcare issues they’d encountered in the course of their workdays. Those issues included HIV, which continued to affect the medical scene long after the AIDS epidemic of the 1980s. Fast-forward to today: Mr. Gold is preparing to graduate from the College of Medicine and is currently taking part in a student elective offered through the Centers for Disease Control and Prevention, in Atlanta. 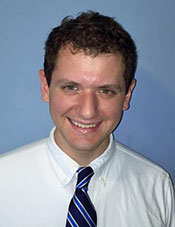 Fourth-year medical student Jeremy Gold“My parents’ stories are what got me interested in science and the opportunities it presented to do good for people,” he recalled.

While his father’s work in academic research and infectious diseases and his mother’s experience as a general internist and Einstein alumna (class of 1980) were both influences, Mr. Gold was first bitten by the clinical research bug during his high school science classes in Ossining, NY. He then attended McGill University in Montreal, where he majored in biology and graduated a semester early.

A Budding Interest in Research

His ambition impressed Dr. Schoenbaum. “What struck me about Jeremy was that he was very driven and unpretentious,” she said. “He was interested in getting involved with a research project. I put him in touch with Dr. Marla Keller, and that has turned into a lasting mentoring relationship.” 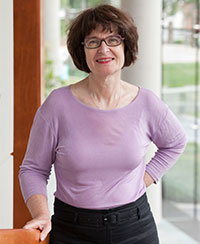 Ellie Schoenbaum, M.D., connected Mr. Gold with his clinical research mentor In April 2011, Mr. Gold and Dr. Keller began working together on a study examining the interactions of HIV and herpes in women.

“He was motivated and worked hard to enroll women in a challenging study,” said Dr. Keller. “At such a young age, he showed an impressive level of care and professionalism and was sensitive to the needs of the participants.”

Once school began, Mr. Gold never lost touch with his mentor or the project. During his first two years at Einstein, he found time between classes to work with Dr. Keller.

And following third year, when he took a year off to enroll in Einstein’s Clinical Research Training Program, he maintained his connection with Dr. Keller as well.

“Finding a mentor like Dr. Keller was integral to my success at Einstein,” he said. “She has always been accessible and encouraged my interest in taking on new projects. I look up to her and am grateful for our relationship.”

The mentorship has proven fruitful in other ways. Mr. Gold has the potential to be a co-author on papers, and he has received valuable career advice.

Like his father, Mr. Gold will study infectious diseases.

“The science behind it is so fascinating,” he said. “But the sociological issues are also intriguing. I’ve worked with patients in the Bronx, so many whom still lack access to care. It has helped me to see how you can really make a difference working in this field.”

His work has also earned him recognition. He was selected to be 2015 Medical Scholar by the Infectious Diseases Society of American Education and Research Foundation, and he was accepted to the Epidemiology Elective Program at the Centers for Disease Control and Prevention, where he spent ten weeks working with CDC epidemiologists on mycotic disease research and outbreak investigations. 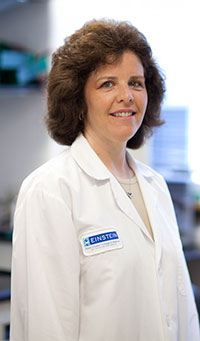 Jeremy’s mentor Marla Keller, M.D.)“Working at the CDC allowed me to study fungal diseases in depth and provided experiences in applied epidemiology that will be useful in my future work,” he said.

And that future looks bright.

A Promising Future as Physician-Scientist

“We’ve provided Jeremy with the skills and tools, but he’s taken advantage of the opportunities presented to him,” said Dr. Schoenbaum. “He’s already a rising star in clinical research, and he epitomizes a nascent academic physician.”

Dr. Keller agreed. “I’m thankful to Ellie for introducing us. I can’t believe how far Jeremy has come, and I’m also confident he’s destined to do great things ahead.”

When Mr. Gold graduates in May 2016, he will pursue a residency in internal medicine and fellowship training in infectious diseases, with a focus in public health. Beyond that, he is unsure of where his future lies.

“I may go into clinical research, or I may work with a government organization like the CDC. Or I may pursue primary care with a focus on infectious diseases,” he said.

He paused to reflect a moment before adding, “My education at Einstein has exposed me to a lot of great opportunities, and I’m so thankful for the connections I’ve made here. Whatever I do, I hope to use all I’ve learned to make meaningful contributions to people and their health.”